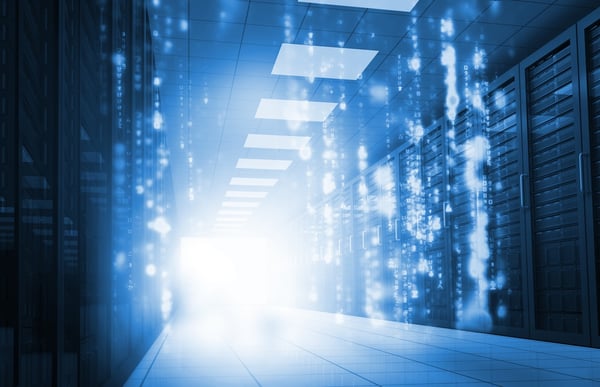 If you haven’t heard the term “SD-WAN” (software-defined wide area network) by now, you’re either awakening from a two-year coma, or you haven’t been paying close attention to the onslaught of demonstrative offers, vendor emails, and introductory phone calls likely thrown in your direction.

The topic of SD-WAN has become the moniker for “building your company’s next WAN design." Needless to say, the term is out there as a hot topic, information is readily available, and most people feel that SD-WAN will be a positive disruption over the next three to five years. Due to the fact that clients want to build a better WAN experience with the benefit of lower costs, this makes perfect sense. Let's explore.

Now would be the moment for those trying to catch up to pause and listen to the quick pitch on what SD-WAN actually is. So, here’s an attempt to thread the needle without getting overzealous with IT jargon.

SD-WAN addresses the need for a “Software-Defined” WAN. Essentially, an organization would utilize hardware- or software-based appliances at one location to replace a router or firewall that communicates with similar appliances at other locations, thus creating connectivity. In this situation, you cannot only control the priority and flow of traffic between these devices, but you can really use any ISP for connectivity; multiple connections for load balancing, and redundancy can also be used. As organizations often struggle with cost and performance of branch connectivity, this is a game changer whether you’re the one writing the checks, directing the IT future as you move to the cloud, or supporting the network in the dead of the night.

Why is it a game changer? Well, I’m glad you asked. Let’s dive a little deeper into five legitimate reasons to visit an SD-WAN solution now.

What if you could get rid of your existing MPLS connection, replace it with two internet connections, save up to 40%-50% percent on monthly contract costs, not get locked into a contract, keep performance, and gain redundancy?

Cost savings have likely been the main reason anyone is approached about an SD-WAN solution. My friends and colleagues in the carrier business believe this is a point worthy of a debate. “The cost to deliver MPLS is not different than it would be to deliver Internet connectivity; connectivity is connectivity," I can hear them saying. To be honest, whenever there is an opportunity to re-sign a contract or displace a competing carrier, the increased bandwidth and lowered cost is always the carrot to catch your attention and make a move.

Regardless, it’s worth the exercise of visiting your existing contracts and comparing what it would look like to replace existing private MPLS with dual DIA (Dedicated Internet Access) to shed light on whether there’s meat to the previous point. Now, while the cost savings of monthly connectivity can be debated, the engineering operational costs really can’t. Tuning up your existing network to get visibility, redundancy, bandwidth priority, and access takes a lot of expertise and tools and is compounded per location. In an SD-WAN network, the visibility is built in and the performance needs are all dictated in configurable policies that can be pushed out to multiple locations in minutes, if not seconds. This equals cost savings and a level of agility to support personnel that businesses haven’t experienced previously which brings me to the next reason.

In a traditional private WAN, your carrier is your carrier. Whether you’re fairly local or even national, your carrier decision is almost always decided on whether or not the provider can extend connectivity to allow every branch location onto the network so all locations can communicate. Standard delivery for private services and circuits can be anywhere from 30 to 120 days for build and provisioning.

SD-WAN is carrier agnostic since all connectivity is secured over IPsec (Internet Protocol Security) VPN tunnels which can garner a lot of flexibility. As long as the connectivity, whether public or private,  has an Ethernet hand-off, you’re in business. The fact that it may be MPLS, fiber, DIA, microwave, or cellular LTE doesn’t really matter. This gives you the ability to utilize existing connectivity and augment with a secondary connection. Or, you can start fresh with an independent carrier model where the substitution of carriers is done on an "as-needs" basis. Beyond that, traditional DIA on average, is much quicker for delivery which makes that 120-day window shrink considerably while improving your ability to go to production more quickly.

As mentioned, SD-WAN connectivity is established with IPsec VPN tunnels. In laymen’s terms, this means if you choose the right SD-WAN solution, not only do you have the benefit of redundancy and traffic control, you inherit the benefit of sound and granular-embedded security that can be pushed out from one dashboard to all your locations.

For financial or other regulated institutions, this is important for the fact that complex security solutions play nicely with an SD-WAN solution without really losing the functionality that you need. With the added feature of VRFs (virtual routing and forwarding), you can manage trusted and untrusted networks to ensure secure connections—for example, your company's guest network.

While the cost savings, agility, and security is enough to give any CIO peace of mind, the management of SD-WAN will truly be appreciated by an organization's IT support team. Here are some examples:

With a central dashboard, you can quickly gain visibility into your network's performance, make traffic-routing decisions with a few clicks of a button, and ensure that redundant connections are not collecting dust until a failover occurs. With zero-touch deployment capabilities, SD-WAN really is a plug-and-play. 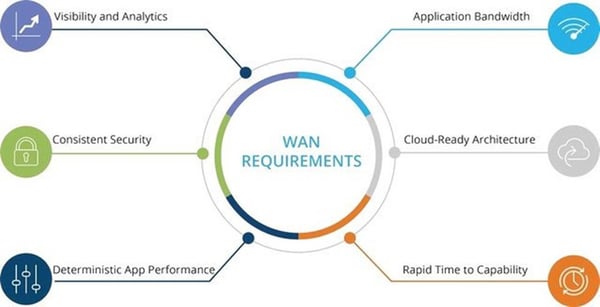 If you haven’t noticed, Cloud adoption isn’t necessarily a choice. While many organizations do in fact make a choice to run to the cloud or, adversely, stay on-premises as long as possible, many applications that are part of your business model can be forced on you. The cloud model in a traditional WAN network creates some challenges as most organizations want to centralize and control Internet egress points for costs and security purposes. SD-WAN provides organizations with the ability to secure and route traffic in a more sensible manner to overcome obstacles thrown in your path from cloud adoption.

There’s no doubt that SD-WAN can be a very compelling option as you review the state of your WAN today and where it needs to be tomorrow. It should be noted that not every organization is a perfect fit for SD-WAN.

To learn SD-WAN can positively impact your organization's network, click here or on the button below. 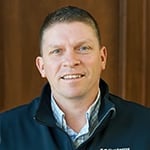 Jerry Lyon is the Infrastructure Engineer Team Manager at Systems Engineering (SE). Over the 20 years that Jerry has been with SE, he has worked with many client networks and has seen the various technological changes businesses have transitioned to.